As a high school and college wrestler, Matt Reedy accomplished it all.

During his 2006-07 senior season at Ravenna, he was a perfect 51-0 and won the Division II state championship at 140 pounds. 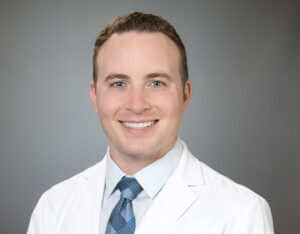 Matt Reedy, who is a 2007 Ravenna High School graduate and high school wrestling state champion, currently is a board-certified dermatologist with offices in Brunswick, Medina, Wadsworth and Wooster.

Furthermore, he finished his career with a school-record 168 wins.

He earned a full-ride scholarship to Ohio University, where he had a stellar career with the Bobcats.

Now, as a board-certified dermatologist, Reedy has seen it all.

And treated it, too, including the same list of skin infections his saw regularly as a wrestler.

Ringworm, folliculitis and impetigo, among others.

Skin infections that impact many, not just wrestlers, but suddenly two of Reedy’s passions — wrestling and dermatology — had intertwined.

Reedy, who completed medical school with honors at NEOMED, began to think about creating a product that helped treat and prevent the most common skin infections — even for those with the most sensitive skin.

The initial COVID shutdown allowed Reedy’s mind to get there.

“I couldn’t remember six weeks in my life where I ever was just sitting around,” Reedy said. “I have always been an active person. To just be at home, I had to do something.”

The result was Scrub MD, which is an antifungal bar soap that includes miconazole proven to treat and prevent skin infections, including ringworm, athlete’s foot, jock itch, tinea versicolor and more.

After two years of product development, formula tweaks, finding a manufacturer and more, Reedy introduced his soap to the market in July. More than two years from the initial concept phase.

“As a dermatologist, I frequently see patients that have infections that hinder their daily lifestyle,” Reedy said. “I wanted to create a product that helped minimize that struggle and optimized treatment for it. As a former athlete, I know that these skin infections can keep someone out for a long time, and I wanted to create a better option for treatment.” 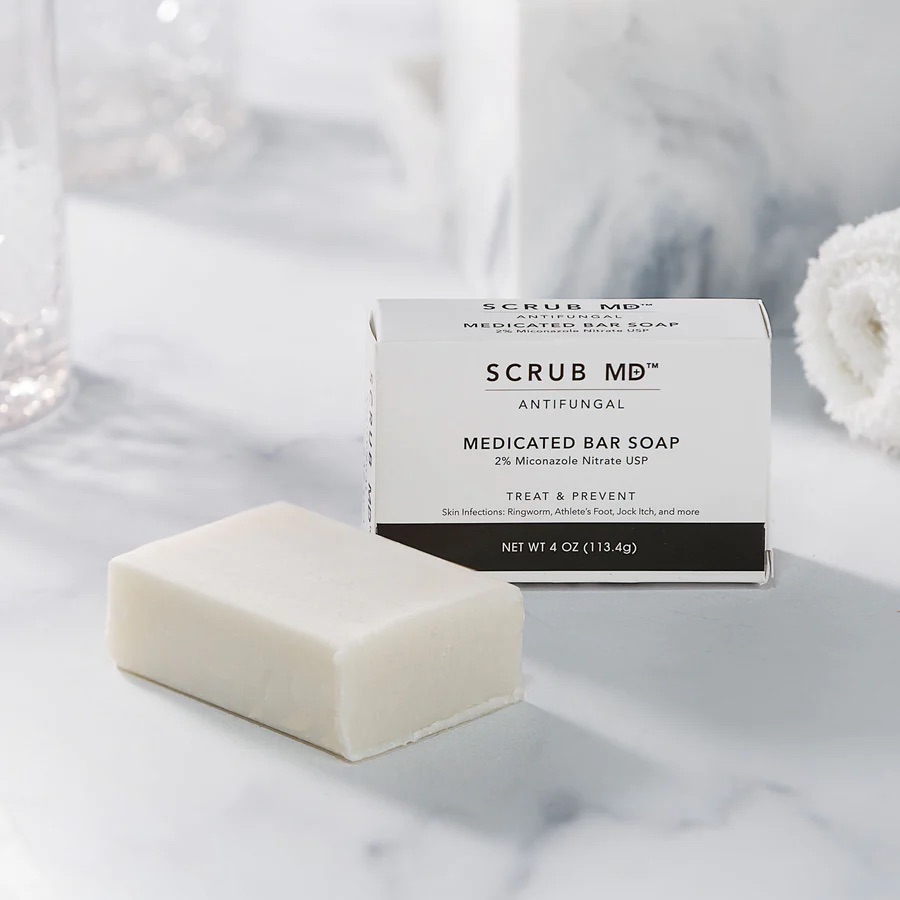 To get there, Reedy tested every formula on himself first. Naturally, there were mixed results along the way, but he eventually found the perfect mixture of ingredients that led to the results he wanted: Gentle on sensitive skin, moisturizing and hydrating, free of fragrance and the ability to clear up infections.

“There really is not anything like it on the market,” said Reedy, who works for Trillium Creek Dermatology and Surgery Center and works out of four locations in Medina, Wadsworth, Wooster and Brunswick.

Scrub MD has forced Reedy to balance his time accordingly, but with excitement.

“I believe that when you love what you do, it doesn’t feel like work,” said Reedy, whose wife Kristin also dedicates time to the company by filling orders and managing all social media.

Reedy practices dermatology from 7:45 a.m. to 4:30 p.m., charts notes until about 5:30 p.m., spends time with his family and then begins working on Scrub MD orders and marketing for a couple hours every night.

“My ultimate goal is to help patients,” Reedy said. 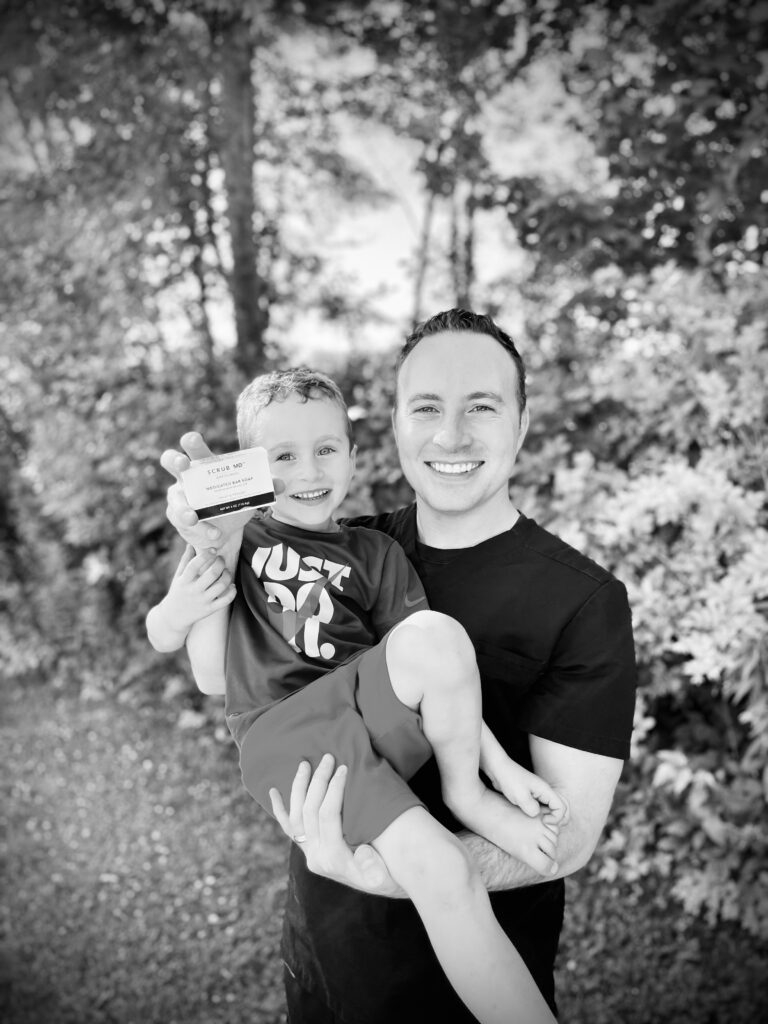 Dr. Matt Reedy holds his son Miles and a bar of his Scrub MD soap.