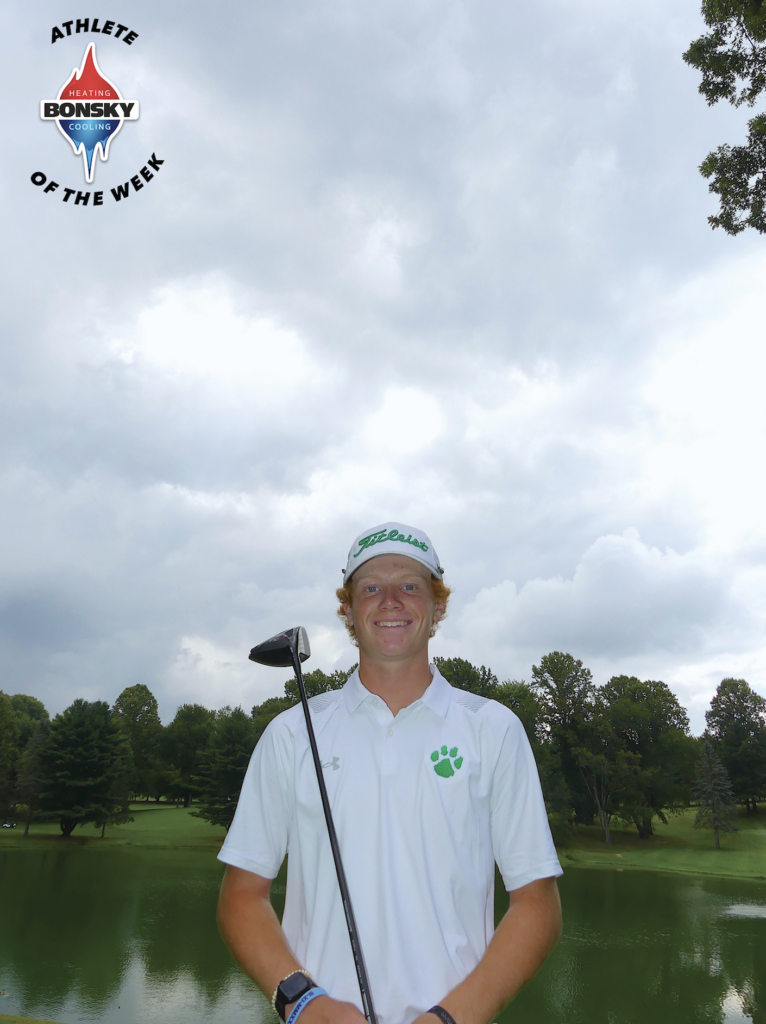 The Dillon Pendergast Invitational is not an event that you will find on high school golf schedules throughout Portage County.

The event is the creation from the imagination of Mogadore High School senior standout Dillon Pendergast.

While he has spent countless hours on area golf courses throughout his career, it was his own “home” course that helped him refine his abilities as much as any other.

Using his every piece of his family’s home property — along with part of the cul-de-sac as an island green, no less — within his neighborhood, Pendergast designed an 18-hole small-scale course that he played over and over and over.

Each hole was designed to a different distance and used all of the trees, tables and other yard items as natural hazards.

It was Pendergast’s version of miniature golf. 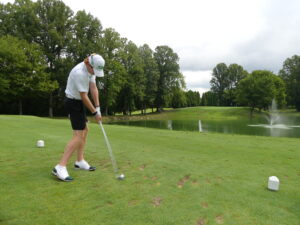 Mogadore golf standout Dillon Pendergast tees off on Hole No. 10 at Paradise Lake Country Club in Suffield during a practice round.
Tom Nader/Portage Sports

“The summer of my sophomore year, I bet I played the course 150 times,” said Pendergast, who said he used a foam ball that acted more like a real ball, but simply could not travel long distances. “I would play four rounds like a real tournament, and I would fabricate scores of a leader that I had to chase for a comeback win. Or I would be the leader and fabricate a player that was chasing me, so I had to shoot well to hold off a contender. It helped me learn the game and how to hit different shots.”

Creativity can do amazing things.

In Pendergast’s case, his self-made course was just one example of how far he was willing to go to challenge himself to improve.

Sure, there were conventional ways, as well, such as a swing coach and round after round on full-scale, 18-hole courses.

The results have been impressive, to say the least.

Pendergast is the two-time reigning Portage Trail Conferece Player of the Year. He led the Wildcats to the Division III state championship last year and finished sixth overall with a 78-77 on the treacherous Ohio State University Scarlet Course to earn Second Team All-Ohio.

All great accomplishments, but not enough to satisfy Pendergast’s detail-driven desire for improvement that has been made possible by his demeanor and course management.

“He has always been great at not getting too high when things are going good or too low when he is struggling a little bit,” 17-year head coach Chris Mossa said. “I think that separated him from his peers at a young age. He was very mature and knew what he could do, but he was mature about it. I would say that he conducted himself as a senior on the course even when he was a freshman.”

It was not the only thing that Mossa noticed early on.

“Dillon’s individual ability has always made our team better, and he is great at leading by example by his work ethic, but what makes him really great is that he loves to win as a team,” Mossa said. “He can play below his expectations and if the team wins, that is all he wants.”

So much so that Pendergast was around the team on a daily basis before he was ever even really on the team. 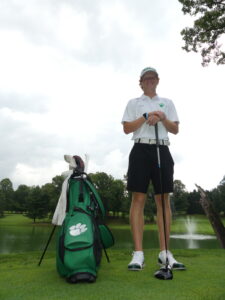 As an eighth-grader, with his cousin Cory Gasaway on the team, Pendergast was at the course almost every single day. It was where Mossa first learned Pendergast’s thirst for the game’s elusive perfection.

“Golf is so much a mental game,” said Pendergast, whose father Aaron kicked the game-winning field goal in the historic comeback that won the Wildcats the 1996 state championship in football. “You lose 99 percent of the time so you have to accept failure. I just try to control what I can control. I use the E + R = O mentality that events plus response equals outcome. I write it on all my golf balls. It is my reminder to stay calm. It helps me stay ahead of the game.”

It has also helped him stay on top of the game.

Five of Pendergast’s last six 18-hole rounds have finished in the 60s.

“He is a golf fanatic. It is that simple. He has learned the finer shots, and he constantly puts himself in position to get birdies,” Mossa said. “He is a next-level golfer, and he has elevated to that level by eliminating mistakes and thinking about shots to set up the next shot.

“And thing that makes it even more special is that he is such a great communicator and so much fun to be around,” Mossa added. “He keeps everyone light, he is a team leader and he has pride in our program. His attention to detail and confidence relaxes everybody.”

Don’t think, though, that Pendergast is content. He likely never will be.

“Many say that golf is the hardest game ever played and that is what intrigues me. That is what motivates me … to perfect the unperfected.”

With that, expect another round of the Dillon Pendergast Invitational to tee off very soon.