Ben Curtis, who won the 2003 Open Championship in Sandwich, England, is in his first year as head coach of the Kent Roosevelt boys golf team.
Special to Portage Sports

When Brent Pfeiffer resigned as the head coach of the Kent Roosevelt boys golf program in May, it meant a new era in Rough Riders golf.

The natural question was: Who’s next?

The answer to that question became Ben Curtis, who famously won the 2003 Open Championship at Royal St. George’s Golf Club in Sandwich, England, after an All-American college career at Kent State University.

After his professional career, which included five tournament victories between the PGA and European Tours, Curtis, his wife Candace and their family have continued to call Kent home and created the Ben Curtis Family Foundation in 2013 to help eliminate food insecurity for school-aged children by sending home “Birdie Bags” filled with non-perishable foods and toiletries.

It launched a post-playing career for Curtis that was designed to give back.

“When I retired, I asked myself, ‘What can I do to give back and stay involved with the community.’ I knew I wanted to stay connected. We started our foundation, which has been great, and I also knew that there would be nothing better than to help kids learn the game of golf and learn how to fall in love with the game of golf,” said Curtis, who also started his own golf academy.

Curtis said he oftentimes introduces a thought to his players, “If I can make it, you can make it.”

Curtis was ranked 396th in the world when he entered the 2003 Open, then became the first professional golfer since 1913 to win a major championship in their major debut. 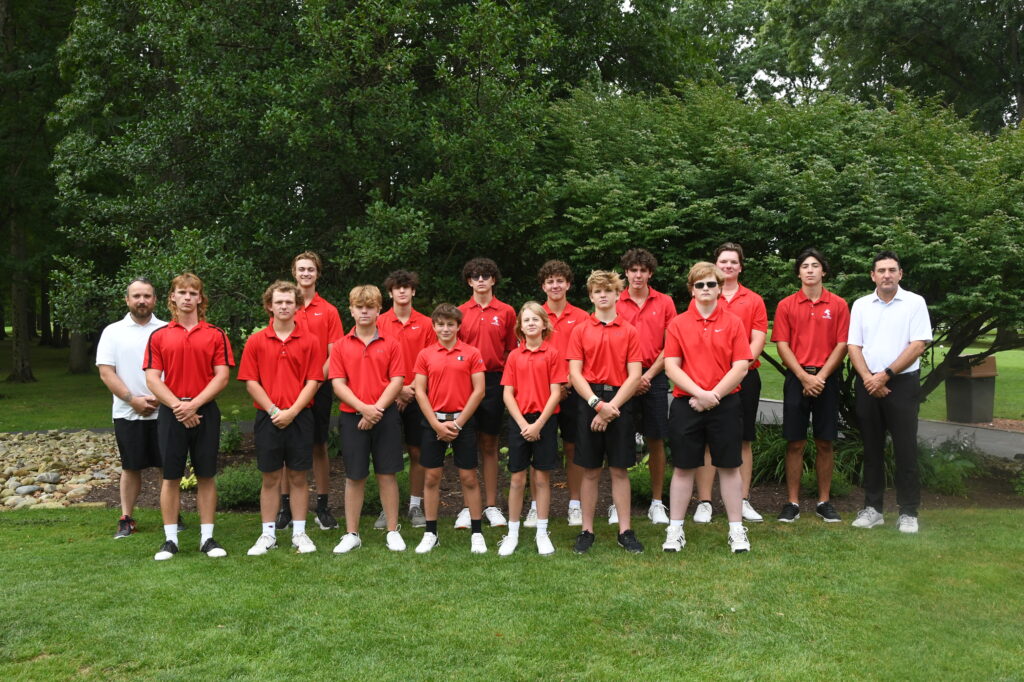 In a game designed to be perfected mentally, Curtis wants his players to believe in themselves first.

“With hard work and dedication, doors can open up,” Curtis said, “but I think it is really important that the game is supposed to be fun. That has to be a priority. As a high-school golfer, it is a very quick four years of your life and four years that you will never forget, so why not enjoy it.”

Maintaining emotions on the course is forever the challenge for golfers and Curtis works to improve his team mentally and physically.

“I tell my players that I want to look across the fairway, and I don’t want to know how you’re playing by your body language,” Curtis said. “I want to come up to them after 15 holes and have to ask how they are doing.

“The other day, we had a player three-putt from 8 feet away, and I told him, ‘I’ve done that before. It won’t be the last time you ever do it’,” Curtis said with a laugh.

It is part of Curtis’ coaching philosophy to keep his golfers in a positive mindset.

“There are going to be ups and downs in golf, and you have to fight through those down times,” Curtis said. “It is not easy to keep your emotions in check. It is understandable to critique a bad shot or wish you would have it it better, but what good does it do to get upset about a bad shot?”

More important to Curtis is allowing his players to look for consistencies before overreacting to the previous shot.

The results have followed, with the Rough Riders averaging a team-round score of 333 — a number that was the team’s low round a year ago. Roosevelt jump-started its season by winning the Suburban League Tournament championship on Aug. 17 with a winning team score of 315 at Pine Hills.

“This is a great group of kids. They work hard and they are a lot of fun to be around,” Curtis said.